Thickening sauces have developed from using starchy vegetables, the ground nuts, and breadcrumbs from medieval cookery to using gums and gelling agents in today’s advanced gastronomy. The most common and popular methods are;

A roux is a mixture of flour and fat used to thicken sauces, soups, and stews. It is traditionally used to thicken the classical French Béchamel, Velouté, and Espagnole sauces and in Cajun and Creole cooking. The roux is made from equal parts wheat flour and either butter, vegetable oil, bacon drippings or lard which are cooked together with or without colouring. The warm liquid such as stock or scalded milk is then slowly whisked in to the cooked roux, which is then cooked out over a low heat.

This is a French term meaning to finish a sauce with butter forming an emulsion. Immediately before serving you can whisk in chunks of cold unsalted butter, one at a time, into a hot sauce. The sauce must not boil or the butter emulsion will split. The finished sauce has a velvety texture and rich flavour.

Is a paste made by kneading butter and flour together which can be crumbled over and quickly whisked into a simmering sauce. It can be made in advance and stored in the refrigerator. A ratio of fifty grammes of butter to seventy-five grammes of plain flour will thicken one litre of sauce.

This is a mixture of cream and egg yolks, used to thicken soups and sauces. Never add directly to hot liquids or the eggs will cook out and scramble. Temper the liaison by adding a small amount of the hot sauce to it which gradually raises the temperature, then whisk this mixture back into the remaining sauce. DO NOT BOIL and serve straight away. This is a very rich method of finishing classic sauces.

This is the same as the American term “cooking down” … as the stock or sauce simmers water vapour evaporates. This thickens the sauce and intensifies the flavour. Use a large heavy pot and bring the liquid or sauce to a gentle simmer, a vigorous boiling may burn the sauce and evaporate volatile flavourings. Many of the sauces found in modern cuisine are based on reductions see Demi-glace.

A slurry is a mixture of a starch and cold water. You can use cornstarch for thickening milk or dairy sauces, arrowroot used to thicken fruits juices because of the clear, glossy finished result on fruit tarts, potato starch, rice flour, wheat flour or dried powdered yam. The ration is one-part starch with two parts cold water. Always remove the sauce from the heat before adding the slurry to stop the starch cooking in thin streams or ribbons and not mixing. Then return to the heat stirring continuously.

One thought on “Thickening Sauces” 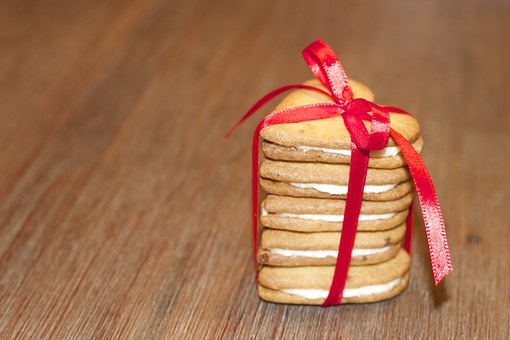 Sable Pastry – The word ‘ Sable ‘ is French for sand, which perfectly describes the texture of this rich crumbly biscuit-like sweet pastry. Adding sugar alters the structure of the finished dough giving it a melt in the mouth texture.

The summer seems to be hanging on for a little while longer and in the kitchen, there are lots of salad crops and plenty of peas, beans, and courgettes to brighten our plates. This is the time of year for the arrival of the first game and foraged wild mushrooms, whose rich earthy flavours are perfect partners and the season for mussels, oysters, and scallops. 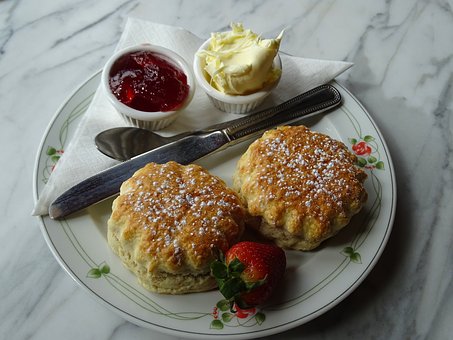 A scone is a baked quick bread, with flour, fat and a raising agent, which were originally baked on a griddle and was around the size of a medium dining plate. The cooked scone would be cut into triangles, in Scotland thought to be one of the homes to the origins of the scone the large griddle cake is called a bannock. With the development of baking powder, scones became a popular recipe bake in the oven, slightly sweetened and often with the addition of an egg-wash glaze.